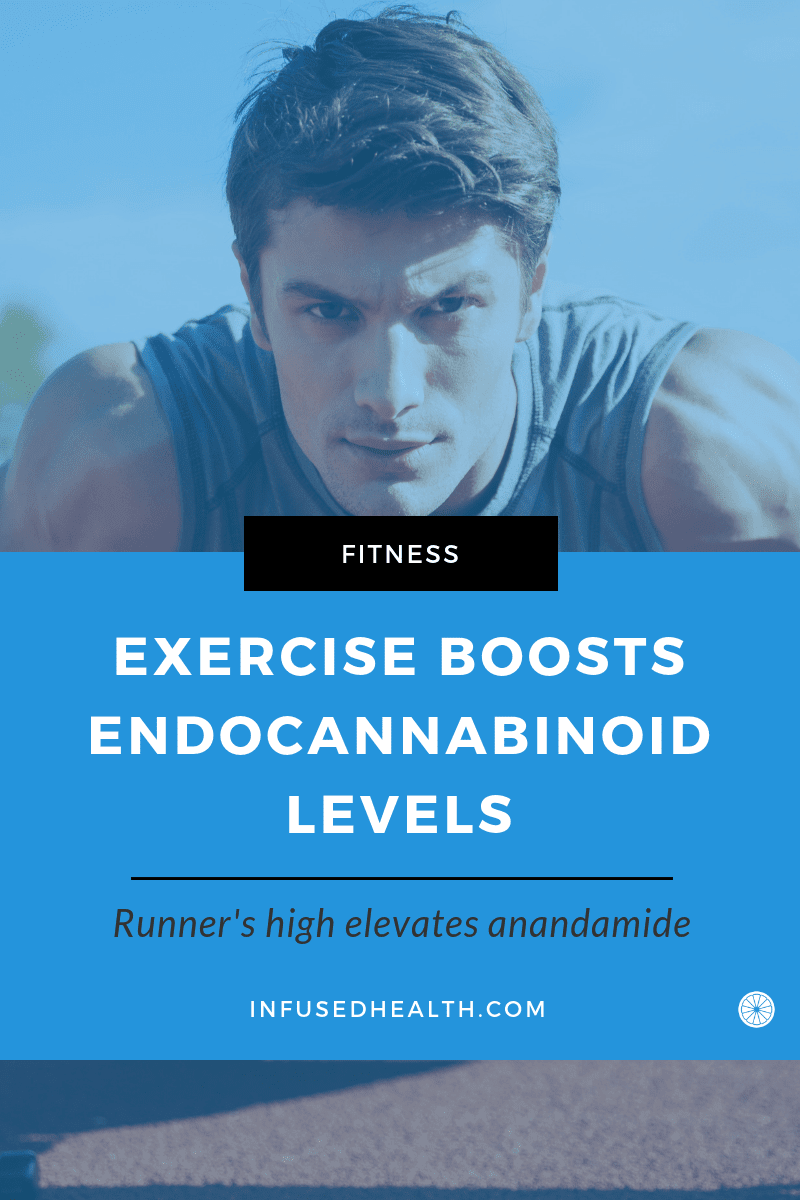 Exercise is an acute stressor that raises both levels of the stress hormone cortisol and endocannabinoid levels. Ninety minutes of intense exercise in fit men boosted anandamide levels during exercise and 15 minutes afterward. In fact, a rise in endocannabinoid levels, combined with an increase in endorphins and dopamine levels, is responsible for the phenomenon known as “runner’s high.”

Patients who regularly exercise have higher levels of the enzyme FAAH that breaks down anandamide compared to inactive patients and this helps maintain endocannabinoid balance.