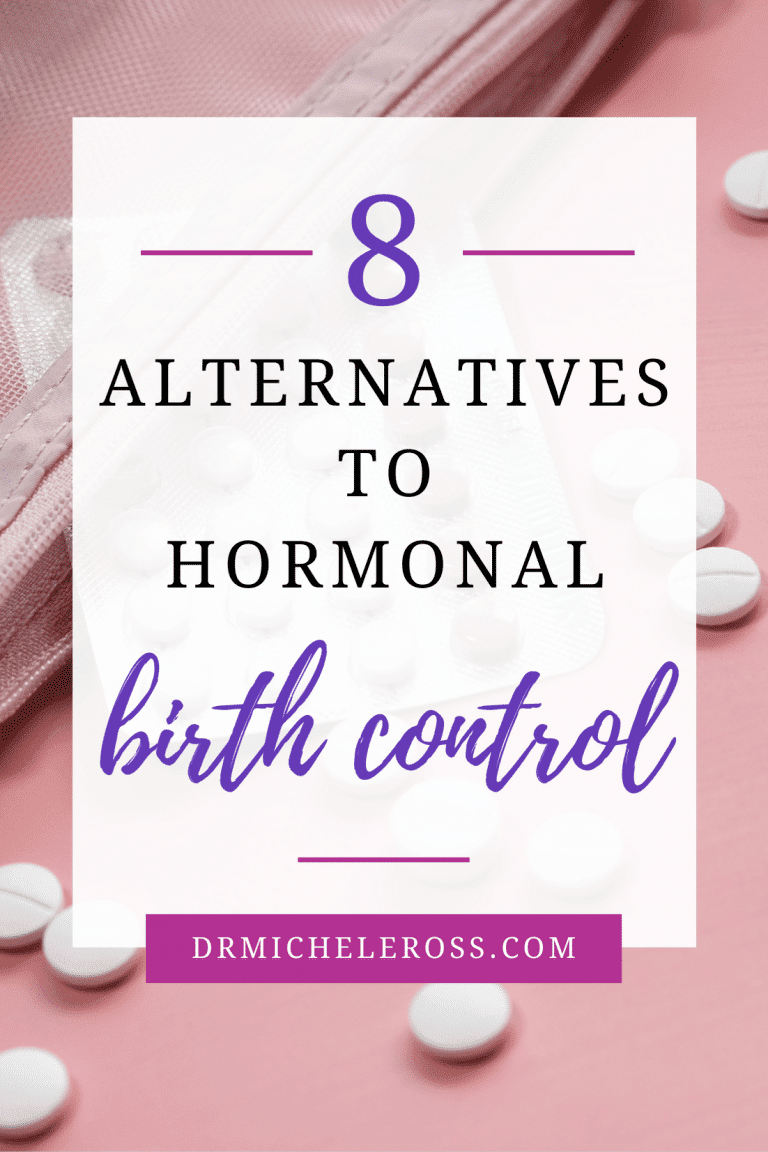 Hormonal birth control is associated with hormonal imbalance and endocannabinoid deficiency. While the choice of pregnancy prevention is a deeply personal one and you should use the method that works best for you, it may be time to consider a non-hormonal method.

You might choose to ditch birth control pills if you want to avoid side effects including nausea, weight gain, mood changes, swollen breasts, and risks of deadly blood clots. Alternatives to hormonal birth control include IUDs, male or female sterilization, barrier methods, or fertility awareness-based methods.

Intrauterine devices (IUDs) are more commonly used in developing nations than industrialized nations. This is due to the pharmaceutical industry pushing hormonal birth control as opposed to it being an ineffective or undesirable form of pregnancy prevention. The IUD comes in two flavors in the United States: hormonal and copper. The hormonal IUD is to be avoided and goes by the brand names Mirena and Skyla. The copper IUD goes by the name ParaGard and is effective for 12 years. The copper IUD is effective in women that have never been pregnant, contrary to the public opinion.

While the upfront cost and discomfort of insertion are negatives, the benefits of having pregnancy prevention for 12 years without additional thought or payment makes it an ideal form of birth control for young women. It can be removed at any time, making it an ideal method for women that do not know when they want to start a family.

Barrier methods include male and female condoms, cervical caps, sponges, and spermicide. These methods are less effective that hormonal birth control and IUDs. You must always be prepared and have one on hand when you decide to have sex, as well as put them on properly in the heat of the moment. Even when used properly, these methods can simply fail due to mechanical reasons (aka the condom breaks). They are one of the only methods to protect against sexually transmitted diseases (STDs) when they work.

Male sterilization, commonly known as a vasectomy, is a simple, painless procedure that can be performed in an outpatient setting. There is very little bleeding, no stiches, and no general anesthesia is required. Vasectomy is highly effective and less than 1% of men with a vasectomy will cause a pregnancy. A vasectomy takes three months to be 100% reliable, so backup forms of birth control should be used for three months after the procedure.

Fertility awareness methods (FAM) are also known as natural family planning. Only 1-3% of women use FAM according to the CDC, but 1 in 5 women would consider it as an option if either they or their doctor were educated about it.

FAM methods include Billings Ovulation Method, the Creighton Model, the Symptothermal Method, Standard Days Methods, and Two Days Method. These methods are not to be confused with the rhythm method, which predicts fertile days solely on length of cycles and is notoriously inaccurate.

FAM used to be labor intensive, requiring daily tracking of temperature and vaginal secretions. However, new digital health apps like Kindara, Glow, and Ovia Health have made this process easy. They help connect women to a community that are passionate about their health as they are. These apps have some of the highest number of subscribers of all health apps. When used consistently, unintended pregnancy is under 2%.

Another benefit of FAM is that it helps women get in touch with their fertility and empowers them. It also helps them understand how their body works so that when it is time to have children, they are prepared. They won’t have the same infertility problems as women that have spent decades shutting down their fertility with hormonal birth control.