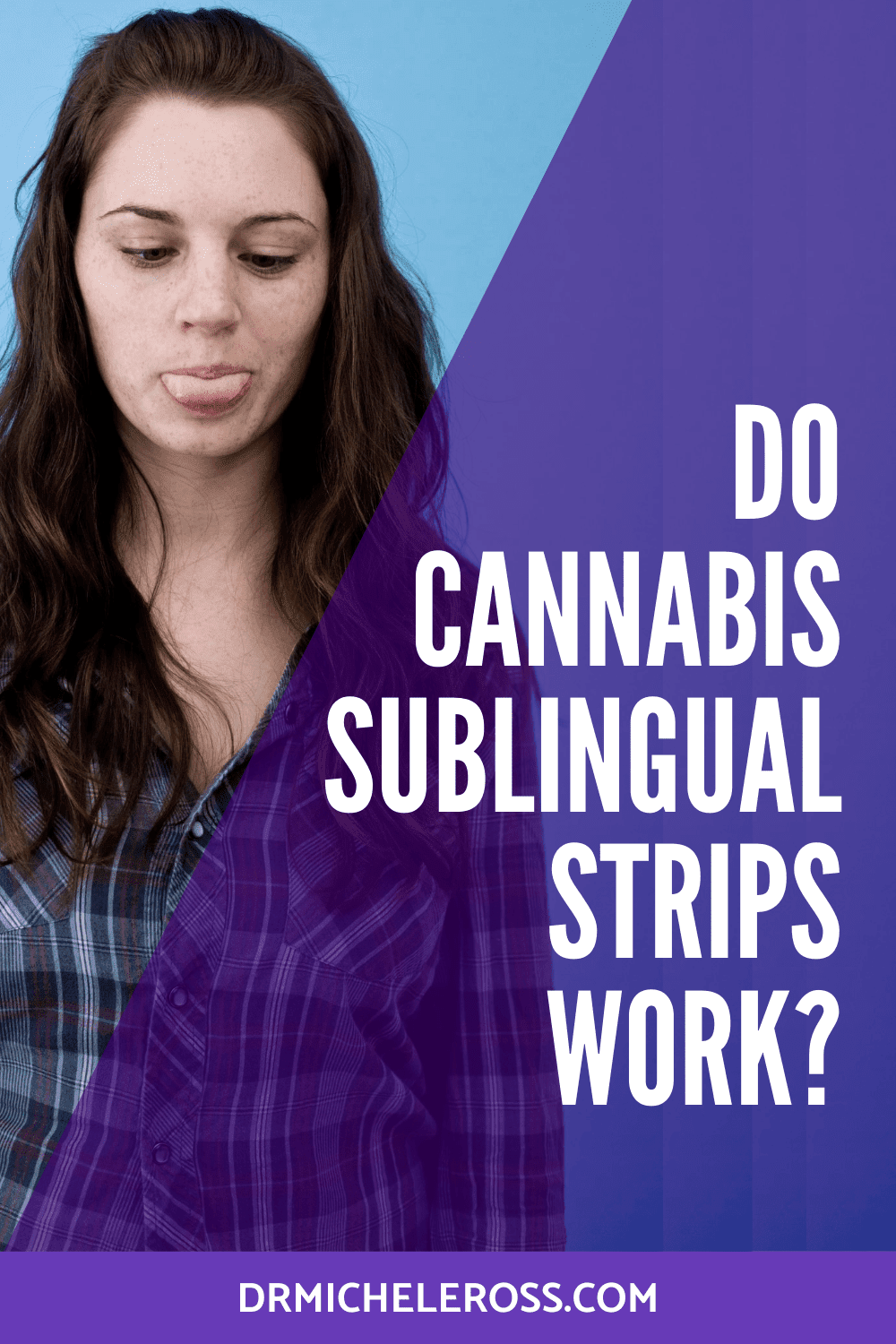 Business forecasters anticipate cannabis to be the next big thing with a prediction of billions of dollars in revenues. But it’s not just cannabis per se, it’s about every product that is involved with cannabis, including cannabis sublingual strips.

The inventiveness of the cannabis industry knows no boundaries.

Edibles, vaporizers, bongs take a backseat, there’s something new on the horizon – cannabis sublingual strips. You can find all these products in a cannabis dispensary. It’s nothing fancy but very effective. Similar to breath strips in shape but infused with cannabis.

As the term implies, it’s cannabis in strip form. Cannabis sublingual strips are cannabis edibles, but unlike gummy bears and mints you don’t ingest it, it dissolves under the tongue.

They are fast gaining popularity for patients who need medical treatment or an alternative to after-work drinks. Better than toking or vaping, you don’t have to inhale the smoke to get high quickly and the effect is potent.

Have you ever used a sublingual #cannabis strip?

What are Cannabis Sublingual Strips?

The cannabis industry is growing by leaps and bounds and varied ways of consuming cannabis have also surged. Consumers are eager to try new methods than traditional joints, vaping, bongs, and edibles. Recent developments in administering introduced the sublingual strips that dissolve under the tongue.

The cannabis sublingual strip is absorbed by the oral mucosal membranes located under the tongue. Rather than getting absorbed by the digestive system, these membranes provide a straight route for medical marijuana to enter your circulatory system. The sublingual strip will dissolve by holding it under the tongue and closing your mouth for a few minutes.  By the time it dissolves you will have been treated to the wonderful effects of cannabis the way tokers and vapers do.

How Do They Work?

Cannabis sublingual strips work through buccal administration, tiny-infused cannabis strips are placed under the consumer’s tongue. The strips interact with the oral mucosal membranes in the mouth and dissolve when they come in contact with the saliva.

The cannabinoids directly enter the circulatory system because these are absorbed by the sublingual artery. The unfiltered THC travels to the brain through the artery.

As you can see, the travel time from the tongue to the brain is pretty short. The sublingual absorption bypasses the conventional route of traveling through the stomach, liver, and lungs before reaching the bloodstream.

Cannabis sublingual is fast gaining popularity among consumers, especially patients since it is fast-acting and delivers the same hit as smoking or vaping without inhaling smoke. They offer a faster onset than edibles and a good way of consuming cannabis without people looking at you.

How Effective Are Cannabis Sublingual Strips?

Ingesting edibles like brownies, gummy bears or any other traditional cannabis goodies passes through the digestive system before entering the bloodstream. The effect takes about three hours to kick in.

Also, the effects of edibles are unpredictable. Today, a cookie will give you the right high, the next day the same cookie doesn’t give the same effect. There are many factors that influence how you process and consume cannabinoids such as metabolism, your food intake for the day, and the sleep cycle.

Placing a cannabis sublingual strip under your tongue bypasses the digestive system allowing the cannabinoids to go directly to the bloodstream. This way reaching Cloud Nine in about 15 minutes and the effect is more predictable.

Sublingual absorption of cannabis has a rapid onset. The 15 minutes for a hit is the next fastest way to get high next to inhalation. You don’t attract attention because there’s no smell and smoke, unlike smoking or vaping.

In terms of bioavailability sublingual absorption is 75 percent for THC, smoking or vaping has around 30 percent, and traditional edibles are variable at 12 percent. So, it is clear that cannabis sublingual strips far outperform its contemporaries, they’re likely to give you the same experience in every use.

The effect wears off faster than traditional edibles which can be an advantage or a disadvantage depending on which side of the fence you are.

How to Use Cannabis Sublingual Strips?

The right way of using a cannabis sublingual strip is to place it under your tongue and keep your mouth closed for about five minutes. This allows the dissolved material to be absorbed by your bloodstream.

Many first-time users relate cannabis sublingual strips with antiseptic breath strips and place them on top of their tongue you’ll be disappointed. You move it off from getting in contact with the sublingual membrane weakening the strip’s effect. The same holds true if you use it like chewing gum.

If you swallow it like a traditional edible, it will pass through the digestive system and will take time before you can feel the effect.

An option is to place the sublingual strip against the side of your cheek. The outcome is a slow effect but more smooth and lasts longer.

Sometimes the effect takes longer to kick in, avoid the temptation of using another strip to speed up the process!

The Pros and Cons of Sublingual Strips

Olivia Davis is an enthusiastic, creative author and the Communications Assistant at Dr. Green Relief – Medical Marijuana Doctors. Our mission is to aid patients with qualifying conditions to get their MMJ card so they can use, possess, and cultivate medical marijuana legally.